All students who live within the home zone described below and shown on the adjoining map shall be entitled to enroll at the school.

From Wylie Street, the boundary tracks south around Jones Street, to the western end of Alach Street, to include all addresses on Chadwick Road and adjoining cut-de-sacs. The boundary follows the northern boundary of the Tauranga Golf Course to Cameron Road.

The boundary tracks south-west a short distance along Cameron Road, to Oban Road, where it follows Oban Poad, and then Kiteroa Street, including all addresses on these two streets and addresses on Cameron Road from 1157 and 1170, to 1349 and 1392.

The boundary reaches the southern end of Rowhiti Road (off Kiteroa Street) and then tracks east overland to the western end of Glenlyon Avenue (included) and then south to Maleme Street so that addresses up to and including 33 and 36 Maleme Street are within the boundary.

The boundary then crosses State Highway 29 and tracks west of Waterside Drive (including all addresses and all the adjoining cut-de-sacs), and intersects Cheyne Poad east of number 249, so that addresses including and greater than 281 and 266 Cheyne Road are included.

From Cheyne Road, the boundary continues south-west, to include The Boulevard and adjoining cul-de-sacs, and intersects Condor Drive at its southern end so that all Condor Drive addresses are included.

From the intersection of Condor Dr!ve and Inverness Drive, the boundary tracks south of Quail Court and Teal Place and overland to the southern end of Phillips Drive, including all adjoining cut-de-sacs.

From 121 Mansels Rood, the boundary runs north to the northern end of Greerton Road so that all addresses and adjoining cut-de-sacs are included. It then intersects ot 1157 Cameron Road and tracks across the north end of Hynds Road and along Coopers Road to return to the starting point, at the northern end of Coopers Road. (All addresses on Hynds Road, Tuthill Street, Coopers Road, and all adjoining cut-de-sacs are included; Sunvale Place and Nework Close are not included.) 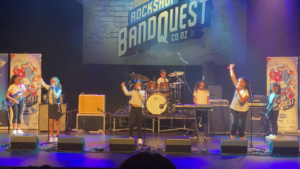 To check out our incredibly talented kids full performance from our Kura, GreVouS, who silenced the theatre at Bandquest 2021 and got 2nd place *click on the picture* 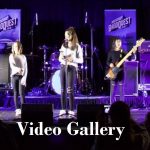